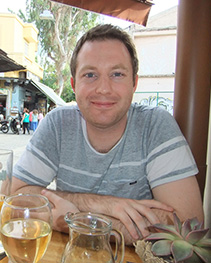 Originally from the United Kingdom, raised in a seaside fishing town in Northern England where I worked and skippered local boats before packing up and moving to Australia when I was 18 to travel and later study at Curtin University, I've lived in Perth ever since.

I'm a big believer in Open Source software, always looking for ways to publicly release code or donate back to existing projects. My main involvement is with the Drupal project where I'm the core maintainer for the Migrate API and a member of the Drupal Security Team.

Around family commitments and a avid passion for watching sports, I'm a casual pool player in my local leagues and the odd competition.

After years of freelancing it developed into Code Drop (https://codedrop.com.au/), a Drupal agency I founded that became known worldwide and through my contributions became a top 10 contributor to the Drupal project. In August 2015, Code Drop was acquired by one of Australia's largest Drupal agencies, PreviousNext (https://www.previousnext.com.au/) where I delivered large enterprise and government projects as a technical lead.

PHP has been my primary language for the last 10 years working with a variety of CMS and frameworks but more recently with my active involvement in Drupal. I have a particular interest in software design and I enjoy reading about the latest patterns and architectures, with a recent interest in Micro Services and EventSourcing. I've used a number of PHP frameworks of which I am most familiar with Symfony which is now a key library in Drupal 8.

As part of my technical role at Code Drop I controlled our infrastructure using a range of technologies including Ansible, Docker, Terraform and Vagrant. Our servers were deployed to AWS backed by CircleCI for testing and deployment which I architected and developed using Phing. I was always an advocate for testing, I wrote a framework to make testing easier against our legacy projects and helped the team write unit, functional and integration tests using techniques such as regression testing and TDD.

Founding my own agency gave me experience managing all aspects of a business including sales, managing employees and managing clients. I'm familiar with software development processes such as Agile Development and have trained clients and managed developers on these processes. I've used a variety of common Agile tools including JIRA and Redmine.

I'm based in Perth, Western Australian (GMT+8). You can email me [ben at dougherty dot net dot au]